A person who tells anecdotes in a skillful and amusing way; a storyteller; a narrator 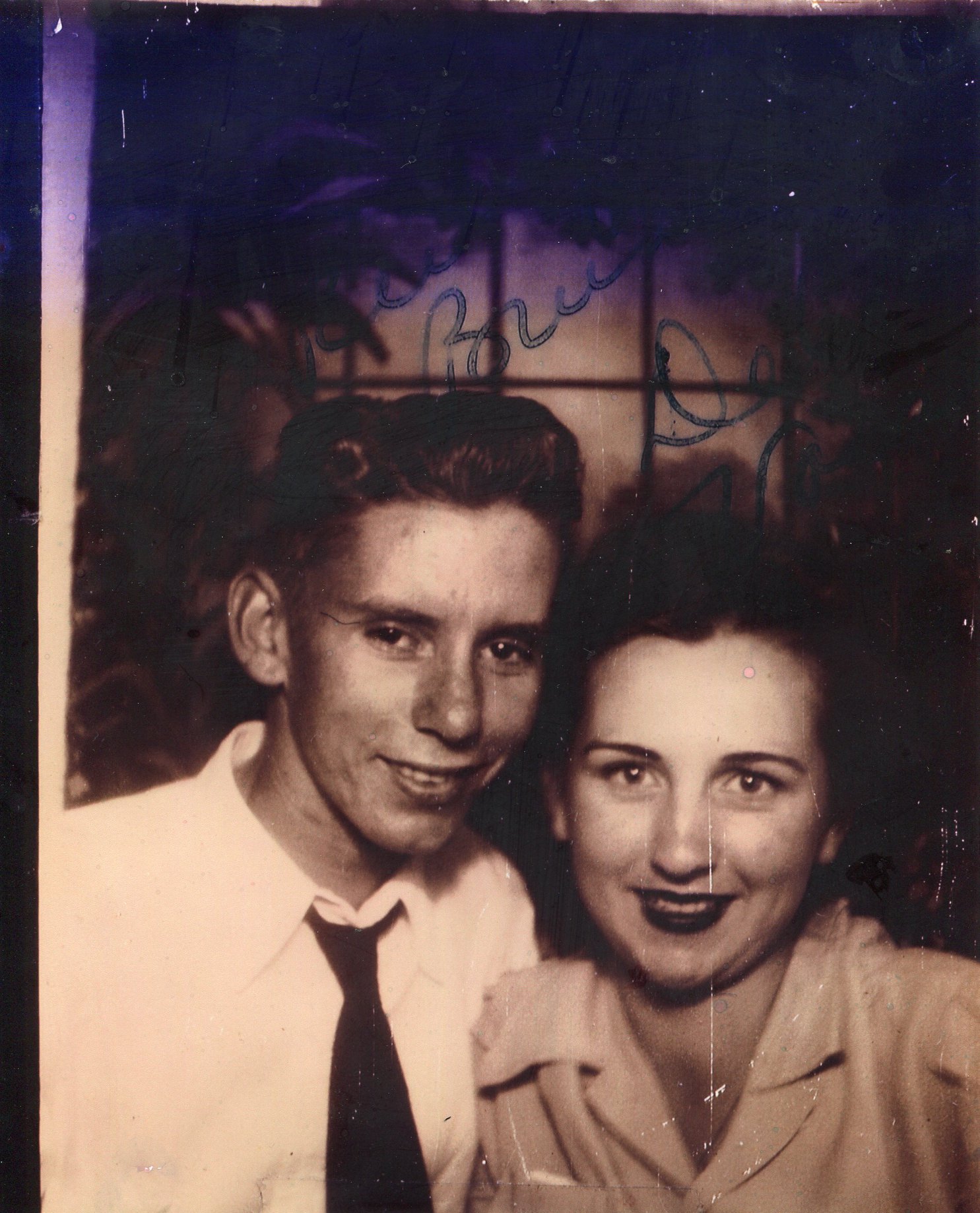 Growing up [on the bayou], I knew older guys who had played the guitar, and I wanted to be like them. So, I ordered my first guitar out of the Sears catalog and paid $14. I also bought music books to teach myself and then spent a lot of time practicing and learning. The only time I stopped playing was when my daddy told me he wanted to sleep! I really loved playing the guitar and I really loved music. I loved music even more after finding out that music is what attracted my wife to me.

Anytime my gang of friends and I sat on someone’s front porch singing and playing music, Dolores would hide in the grass where no one could see her. She would hide there just to hear me sing and play, even though the mosquitoes would get her.

Although my gang of friends was pretty close, there were times when nearly everyone our age who lived nearby joined us. I came across Dolores because my cousins lived next door to her, and I would see her when I would go over to their house. The very first time I saw her, I thought she was the most beautiful girl in the world. Later, I learned that on that day, she told her mother, “I saw the boy I will marry.” Even though there were other girls on the bayou, I only ever had a crush on her. I don’t remember what exactly made me like Dolores over any other girl, but I remember that she was the prettiest one I had ever seen and the one I wanted to be my wife. When you fall in love with someone, they just stick out. 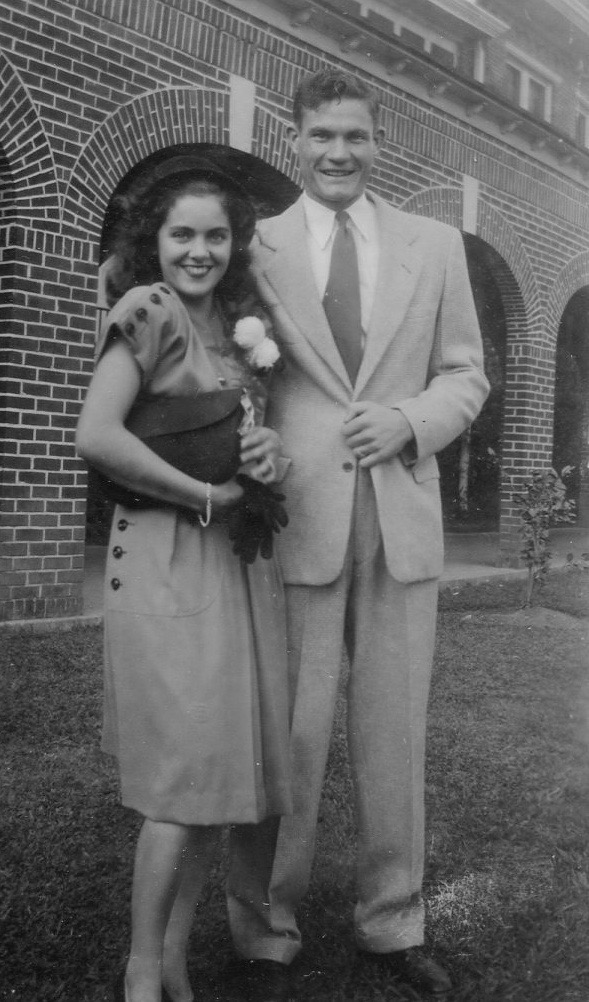 [After returning from being a radio operator on a B-29 over the Pacific during World War II], I spent some of my leave time visiting relatives, and it was while visiting Aunt Effie in Houma, Louisiana, on November 11, 1945, that I met Shirley very incidentally. That casual meeting projected itself into an over 69-year association, over 64 years of which, of course, was as husband and wife.

The grandmother of one of Shirley’s friends, Shirley Chauvin, lived next-door to Aunt Effie. During my visit, Shirley Chauvin came by to visit Aunt Effie on her way to visit her friend, Shirley Rhodes, who was a student at SLI in Lafayette but was in Houma for her godchild and newborn niece’s christening that day. Shirley Chauvin asked if I wanted to take a ride with her, which I did. I remained in the car while she went inside. Soon, she came out with Shirley and introduced us.

Since I did not even get out of the car, Shirley’s and my meeting was very brief and uneventful. However, there seemed to be a mutual attraction to one another. Although I’ve never been a gushy person who believed in love at first sight, I do recall that strong attraction. I forwardly called her for a date that same night, but she had to return to Lafayette by bus later that afternoon.

When I wasn’t working, I met up with friends to go to bars or restaurants around Lafayette. A good friend of mine, Arthur Haines, would go with me to a restaurant on Pinhook called Mullen’s Chicken Inn. That’s where I met my wife.
Flo had worked as a waitress since she was fifteen years old, and the Mullens loved her like one of their own children. She waited on Arthur’s and my table for about a year, and we became friends. One afternoon, I took my stepmom and dad to Mullen’s to meet her. Mom approached Flo and said she thought we should date.

Are you ready to learn more about preserving your loved one's life story?